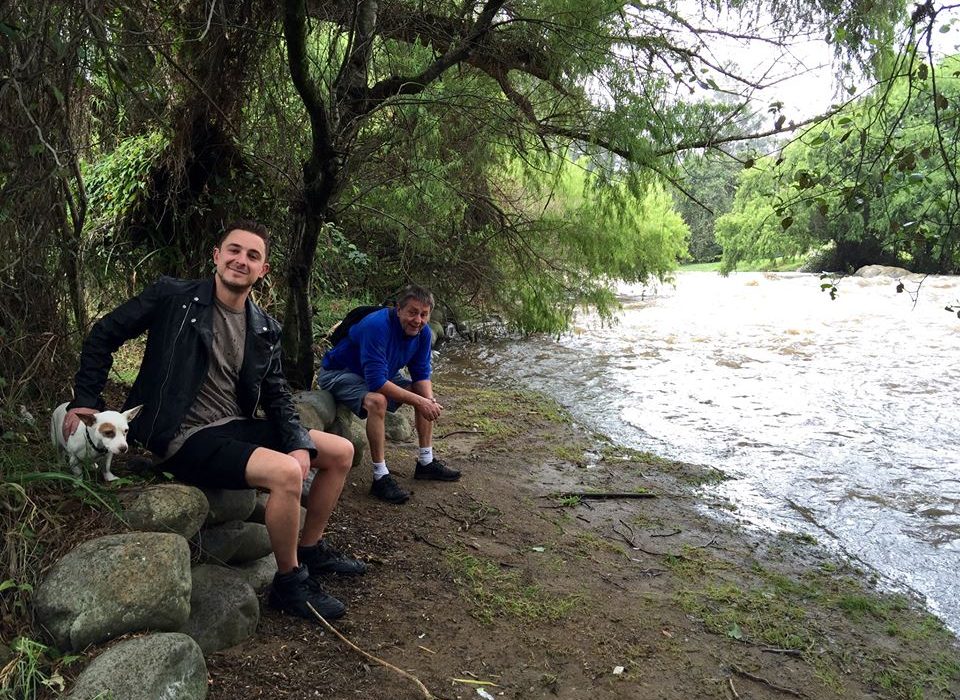 If you know me already you might be thinking, “Wait a minute – Adam doesn’t work in social care, he’s a branding guy.”

You’d be right, to a point. I chose to study art when I was at school, and design at university. You’d be right that I’ve worked in branding for many years, and that I’ve never been a social worker, or a care worker of any sort.

But, for the last few years, I’ve felt privileged to work in communications and branding for social care and non-profits. It’s made me part of the world of social care in a different way – a kind of supporting role, I suppose. And this has been my latest step in a long journey towards realising what really matters to me, and how I can harness that energy to make a difference for others.

So different, but so the same

My dad opened his pharmacy in Batley, West Yorkshire around the time I was born – and he sold it just a couple of years ago. So ‘the shop’ – as we called it – was always a presence in my life… even if for many years it just seemed to me like the way the family ‘got money’.

I always did well at school, and was pretty much an all-rounder, so I always remember feeling that I’d disappointed dad by not following his route into pharmacy or something similar. I had the option, so why didn’t I do it? Even my teachers at school sat me down and told me not to waste the opportunity to study something like medicine. But I just wasn’t bothered. I enjoyed art, and that’s what I wanted to do.

And yet, somewhere along the journey, it turns out my dad’s influence took hold.

As a community pharmacist in a low-income area, dad supported the lives of many in ways that I only really came to realise much later. His pharmacy wasn’t like the supermarket drug-shops that are increasingly more common across the country, for many people it was a lifeline. People would come in for advice, they’d trust his opinion, and he’d go out of his way to support them. Every day he’d come home with stories to share around the kitchen table – sometimes heartwarming, sometimes sad. But always told with his trademark wit.

From time to time I’d go with dad in the car as he did deliveries, which would always be on his day off because he’d need a pharmacist to cover his work in the pharmacy itself.

I still remember the first time I met his customer, Mrs. Illingworth. Now I’m not sure how old she would have been, but I was a kid so naturally she seemed extremely old to me!

We’d stopped by with her medication, and I could tell my dad was looking forward to seeing her. She invited us into the house for a cup of tea.

I was shocked. I’d had a really comfortable upbringing, and whilst I wouldn’t say ‘sheltered’, this was still a surprise to me. The house was a real mess. Mrs. Illingworth was doing the best she could, but she couldn’t keep on top of things and she didn’t have much money for upkeep either. But more to the point, I was shocked at how happy she was to see my dad. Because, it quickly transpired, she was so lonely. She had nobody who came to visit her. None of her children ever came, even the ones who lived nearby. So when my dad came to visit – bearing in mind that he was just her pharmacist – it made her day. It made her entire week. And many years later, when Mrs. Illingworth passed away, his sadness showed me just how much he cared for his customers.

It didn’t really register at the time, but my dad was much more than a pharmacist to people like Mrs. Illingworth. He was their hero. He was their connection to their community, their lifeline, their friend. Years later, thinking about days like this, it makes me proud to know that my dad made such a valuable contribution to hundreds, maybe thousands of local lives in his own quiet, humble, hard-working way.

Dad never realised when I went to study design that I’d end up trying to emulate his impact in my own way, fifteen years or so later. I spent years working in commercial branding, and it couldn’t have seemed further from what he did. And yet, somehow, the diverging paths we took have somehow come back together, and he loves hearing about the work I’m doing around social care, dementia, health and poverty. I’ll be sharing this post with him, because I really want him to know that I do what I do because of his stories over the kitchen table. I might be sitting at a desk in Ecuador working on websites, not manning a pharmacy in Yorkshire, but we’re both doing it for the same purpose – to make things better. And every time I sit down to work on a project relating to social care, I feel proud and privileged to be carrying on his legacy.